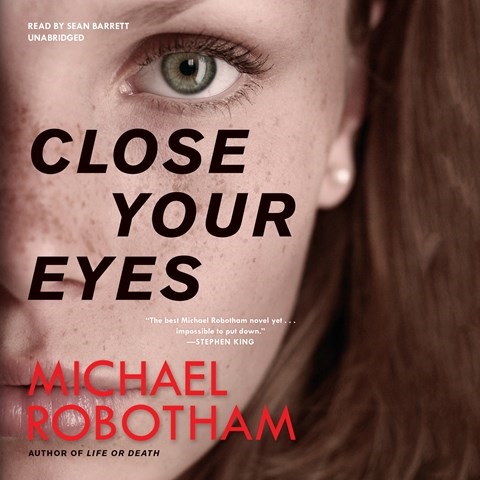 When a former student mishandles the investigation of a series of brutal murders, Joe O'Loughlin is forced--reluctantly--onto the case. Meanwhile, his estranged wife discovers she has cancer. Sean Barrett again lends his voice to Michael Robotham's series as the renowned psychologist finds himself juggling personal and professional issues with great difficulty. Robotham's plot is intensely cerebral, and Barrett's narration, while at times a bit slow, captures O'Loughlin's mental state. The conflicts and calculations of his mind take shape even when some of the supporting characters fall flat. While the novel can be appreciated on its own, those who have listened to previous series installments will likely reap the most from Book 8. J.F. © AudioFile 2016, Portland, Maine [Published: JUNE 2016]