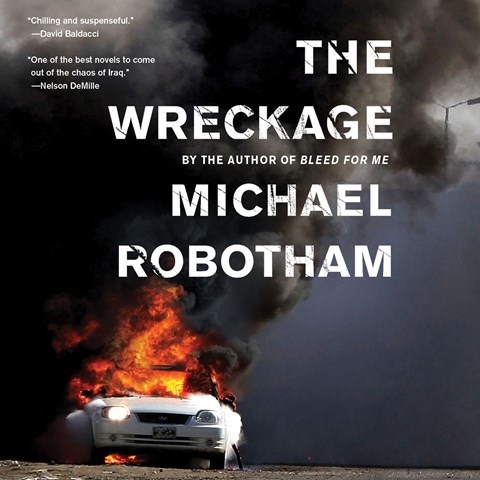 A well-performed thriller is a particular pleasure in audio, and Sean Barrett brings a rich, value-adding performance to Michael Robotham's complex new tale. Ever wonder how zillions in aid money wind up in the hands of corrupt regimes or in private pockets? Robotham's plot comes at the subject from two angles. In one, a retired British police detective, Vincent Ruiz, is trying to learn why a young grifter who robbed him was assassinated. Meanwhile, in Baghdad, a journalist is determined against all advice to find out why millions of pounds did not rebuild a derelict stadium, but instead crossed the border and disappeared. Barrett handles a UN Assembly of accents with effortless polish, and his pacing as the two plots race side by side is irresistible. B.G. Winner of AudioFile Earphones Award © AudioFile 2016, Portland, Maine [Published: AUGUST 2016]