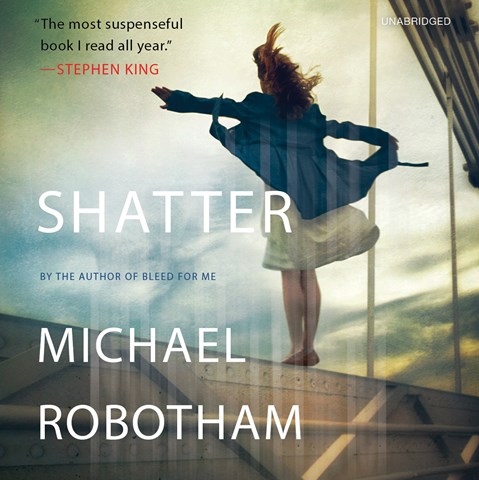 If an audiobook disturbs your dreams, would you call it a success? Brace yourself. SHATTER is a nerve-shredding cat-and-mouse contest pitting psychologist Joe O’Loughlin against a master manipulator of psyches who persuades his victims to kill themselves just by talking to them. The story is told in alternating first-person accounts, and Sean Barrett wisely voices healer and murderer almost identically, making the point that they have much in common except that one of them uses his skills to torture and kill. When for a moment you’re not sure who is speaking, it’s thrillingly creepy. Barrett creates a wide range of wives, children, crusty cops, and panic-stricken victims with perfect control, and his pacing is propulsive. This is one you won’t forget. B.G. Winner of AudioFile Earphones Award © AudioFile 2015, Portland, Maine [Published: MARCH 2015]