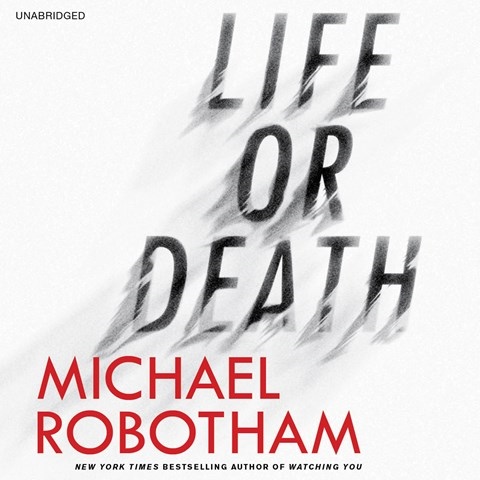 John Chancer's narration skills keep the bullets whizzing in this on-the-run audiobook thriller. Chancer's modulation and timing add vocal drama to the action--whether it's a prison break, hand-to-hand combat, a shoot-out, or someone being smacked with a shovel. (Ouch!). The story is built on three solid mysteries involving a prison break, missing money, and some serious killers. The weak links are Robotham's sometimes-too-broad characterizations, a weakness that Chancer can't seem to rise above as he gives them broad stock voicing. But don't let that deter you. The production is paced so that each cliff-hanger unravels just as the next one is revealed, guaranteeing that you won't hit the pause button until the full story is told. R.W.S. © AudioFile 2015, Portland, Maine [Published: MAY 2015]