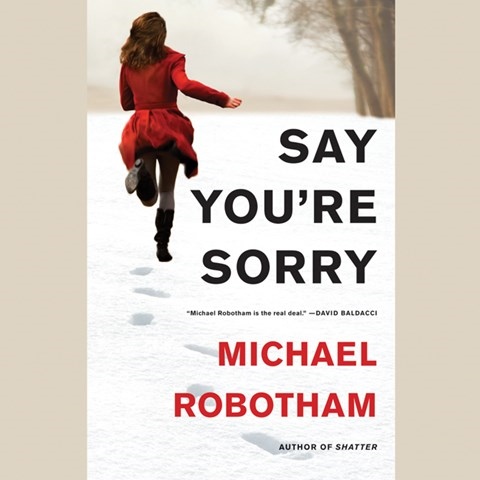 Two teenage girls, Piper and Tash, are missing. Snatched. Or runaways? Three years later, a couple is murdered in the farmhouse where Tash lived before her disappearance. Psychologist Joe O'Loughlin, afflicted with Parkinson's disease and the ability to read people far better than he wants to, believes the police's main suspect to be incapable of such a crime. Narrator Sean Barrett turns in a superb performance. His understated portrayal of O'Loughlin is perfect for such a cerebral, isolated man. Piper (through her journal) and O'Loughlin share the book's narrative duties, and Barrett captures them, as he does all of the characters, from the first words they utter. This is an excellent book married to an excellent performance. It's sure to please mystery fans. G.S.D. © AudioFile 2012, Portland, Maine [Published: NOVEMBER 2012]