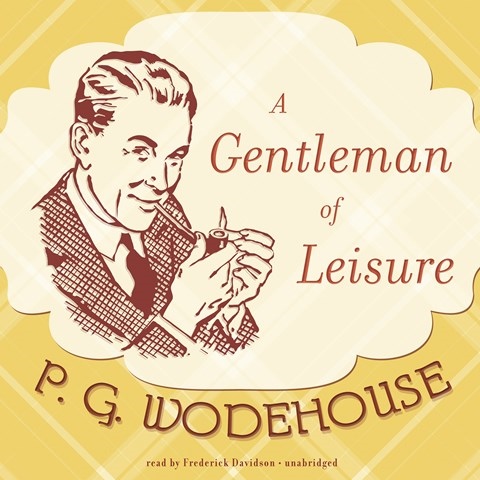 A GENTLEMAN OF LEISURE

Having joyfully awarded the coveted Earphones Award to two of Wodehouse’s comedies (Jeeves Takes Charge and Heavy Weather), I must say that Davidson is not a masterful Wodehouse narrator like Edward Duke or Jeremy Sinden. Davidson has a urbane, British intonation, but his voice is just a shade too sardonic and bored to carry off Wodehouse. His light characterizations of the British male uppercrust come off well, but he’s not successful with the women, who seem lifeless. However, the story is hilarious, and those who have not heard Wodehouse by the other narrators will enjoy it. D.W. Winner of AUDIOFILE Earphones Award ©AudioFile, Portland, Maine [Published: SEPT 95]