Home»Reviews»I AM AMERICA (AND SO CAN YOU!) 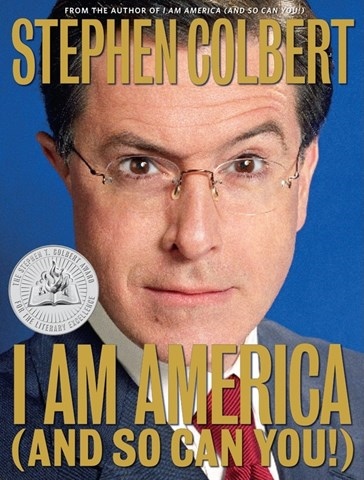 I AM AMERICA (AND SO CAN YOU!)

Colbert bloviates this all-points spoof, but the “full cast” includes the oldest man in the world, who flatlines after reminiscing about “the joy of racism.” God, who also testifies, is a huge Colbert fan. He once answered everyone’s prayers, He explains, but “now it’s gimme, gimme, gimme.” Since players on both teams beg for victory, “I usually have no choice but to answer the prayer of whatever team is better.” “Religion,” “Sex and Dating,” “The Homosexual Agenda (Do Not Read By Glowstick Light)”—the fabulous fake TV pundit sets the world aright. It’s all in Colbert’s voice: He’s angry, he’s confident, and he’s kidding. If only all TV and radio pundits traded the hating business for the laughing business. Lord, hear my prayer. B.H.C. © AudioFile 2007, Portland, Maine [Published: OCT/ NOV 07]