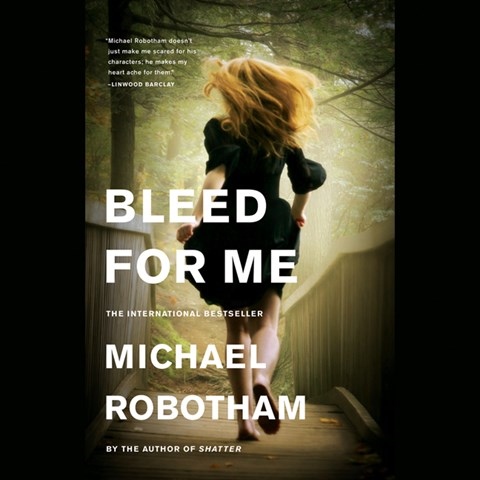 Sean Barrett takes listeners through this intense British crime novel with impressive equilibrium. The violence and crimes make for grim, if compelling, listening, and Barrett masters the can't-look, can't-look-away intensity. Joe O'Loughlin is a popular psychologist who lectures on sexual predators and often works with police investigations. He’s drawn professionally and personally into a vortex of emotion when his daughter's best friend arrives at the O'Loughlin home covered in blood. She immediately becomes a suspect in her father's murder. Barrett makes the taut emotions surrounding the girl raw and agonizing, with both the teenagers' views, as well as the adults' perspectives. As mistakes and false judgments unfold, he skillfully plays the psychology of family turmoil. Characters from the youngest daughter to the seasoned police detectives emerge with clarity and personality. R.F.W. © AudioFile 2012, Portland, Maine [Published: JULY 2012]